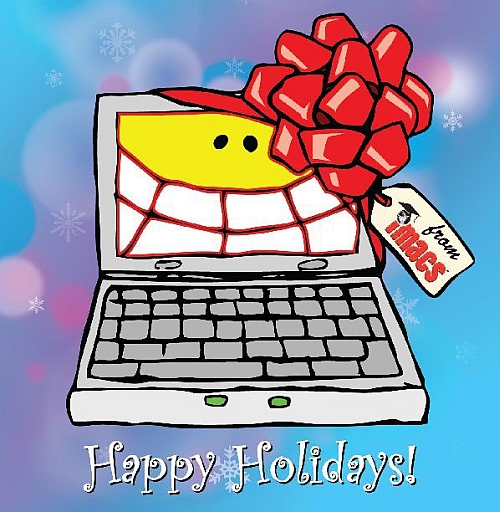 As most people know, Santa Clause generates an annual list of children who have been sufficiently nice to warrant a Christmas present (and, of course, a complementary list of children who have been too naughty to deserve a present). Last December, while checking his list twice, Santa discovered that the status of four children — Amy, Bobby, Charlie, and Donna — remained in doubt. He decided to talk to the four of them in order to rank them from nicest to naughtiest. In his conversations, the children made the following claims:

Amy said, "I am nicer than Charlie."

Bobby said, "I am naughtier than Donna."

Charlie said, "I am neither the nicest nor the naughtiest of the four of us."

Donna said something as well, but Santa couldn't hear her over the noise of eight hungry and overworked reindeer.

Try your best before looking at the solution to this year’s IMACS Holiday Logic Puzzle.

IMACS wishes you and your family a happy holiday season and healthy new year! Like IMACS on Facebook for the latest information about our local classes and online courses.