In the double game, there are two pieces at each number at which to play instead of just one. 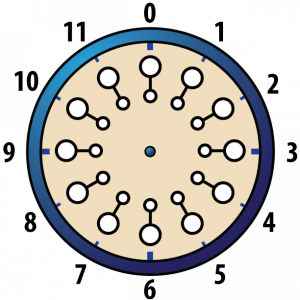 The game described in our introduction to modular addition can also be played as a “double game.” The only difference is that when playing double games, a player has more choices. For example, if, as a result of a particular move, a player has to place a checker at a number, one of whose circles is unoccupied and one of whose circles is occupied by the opponent, the player has the choice of either taking the opponent’s checker by replacing it with one of his or her own, or placing a checker on the unoccupied circle and leaving the opponent’s checker on the math. Double games, therefore, last longer, since all the available places must be occupied before the game is over.

Another variation of the games which can make them more interesting involves the use of kings and double kings. Only one place at each number is used in these games. In this variation, if the move requires it, you may place a second checker on top of one of yours already occupying a particular position, thus creating a “king checker.” If you have a king checker already occupying a certain position, then, if the move requires it, you may place a third checker on top of the king, thus making a “double king.” If a double king occupies a particular position, no further checkers may be added to the pile and so the play continues as in the simplest version of the game.

If your opponent would normally land on a place where you have a double king, then that double king cannot be removed, and the opponent cannot place a second checker. The hour hand, however, should still be moved so as to point at the position occupied by the double king even though your opponent could not place a checker there. If, however, your opponent lands on a place where you have a king, then both your checkers may be removed and replaced by one of your opponent’s checkers. The game ends when all of the positions are occupied by at least one checker upon the completion of a turn. This type of game is scored by counting 3 points for each double king, 2 points for each king, and 1 point for each single checker.

This variation utilizes the rules of the last two sections simultaneously. The first checker of each move must be placed on an unoccupied position, but there may be several choices for the second checker. For example, suppose your second checker has to be placed at “3,” your opponent has a king on one of the positions labeled “3,” and you have a checker (or a king) on the other position labeled “3.” You may either remove your opponent’s king and replace it with one of your own checkers, or you may form a king (or a double king) of your own. In such a situation, you may always choose either one of the two possibilities offered you by the two positions corresponding to the number at which your second checker is to be placed.

Looking for an innovative curriculum in gifted math? Try IMACS! Register for our free aptitude test. Play along with our weekly IMACS logic puzzles on Facebook.

Georges Papy: A Mathematics Educator for the Ages 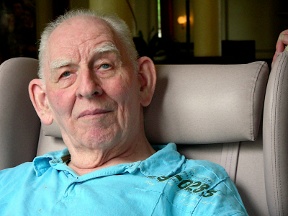 IMACS pays tribute to Belgian mathematician and mathematics educator, Georges Papy, who died in Brussels this past November at the age of 91. Georges and his wife, Frédérique, also a noted mathematics educator, were two of the seminal figures in the development of what eventually became the IMACS Mathematics Enrichment curriculum. We are deeply grateful to the Papys for their life’s work on behalf of mathematics students and their teachers.

Georges Papy was born in Anderlecht, a municipality in Brussels, Belgium of not quite seven square miles, on November 4, 1920. World War I had ended just two years before, and the country, which had suffered immensely under four years of German occupation, was still recovering. Against this backdrop and coming of age during the rise of Hitler, it is no wonder that young Georges was a member of the armed underground resistance forces in Belgium during 1941 – 45, serving in particular in the areas of intelligence and action. An educator from the start, he taught clandestine courses to students at the University of Brussels during 1941 – 42, and taught in a clandestine school for Jews during 1942 – 43 in the town of Méan, 50 miles to the southeast of Brussels. 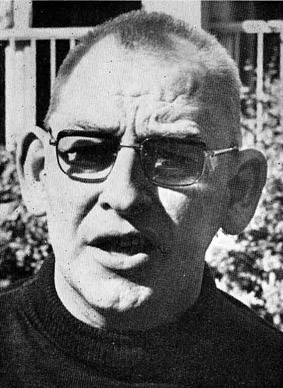 During the mid 1950s, influential academic mathematicians were leading efforts to improve the quality of mathematics education in France. In parallel with these developments, Georges became deeply interested in improving the quality of mathematics education at the secondary school level, and assumed a position of leadership in Belgium of what became known as the New Math movement. [This was inspired in part by a colloquium organized in 1959 in Royaumont, France, by the agency that in 1963 would become the OECD. A follow-up meeting held in Yugoslavia under the chairmanship of the American mathematician Marshall Stone gave rise to a secondary school mathematics curriculum that was published in Paris in 1961 under the name “Mathématiques nouvelles” (“New Math”).]

Papy’s work in mathematics education would accelerate quickly from that point. In 1961, he founded the Centre Belge de Pédagogie de la Mathématique (Belgian Center for Mathematics Pedagogy). From 1962 onward, Georges was called upon as an expert in mathematics education by several international groups, including UNESCO, IBM, and the OECD. During 1960 – 70, he served as president of the Commission Internationale pour l’Étude et l’Amélioration de l’Enseignement des Mathématiques (International Commission for the Study and Improvement of Mathematics Teaching), and was founding president of the Groupe International de Recherche en Pédagogie de la Mathématique (International Research Group in Mathematics Pedagogy), starting in 1970. Amid this flurry of activity, Papy even found time to serve as Senator in the Belgian government during 1963 – 64. 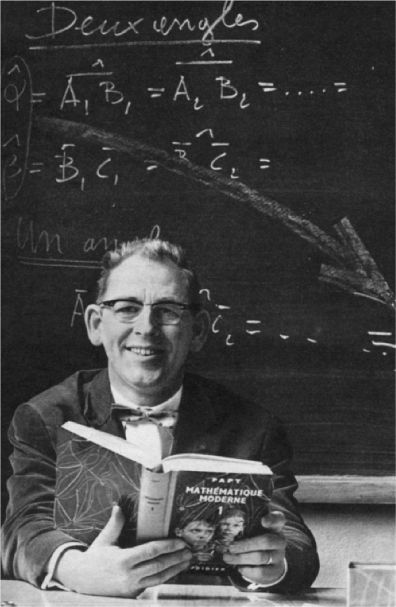 During 1963 – 66, with the collaboration of his wife, Frédérique, Georges published the groundbreaking six-volume series entitled Mathématique Moderne (Modern Mathematics), which represented a fundamental reformation of the secondary school mathematics curriculum based upon the unifying themes of sets, relations, functions, and algebraic structures (such as groups).

His mathematical educational interests expanded to include elementary school education. Starting in 1967, under the auspices of the CPBM, Frédérique and an associate taught experimental mathematics classes to six-year-olds. In the years that followed, Papy and Frédérique published several volumes comprising what amount to annotated accounts of these experimental classes and those that succeeded them. The mathematical underpinnings of this elementary school work remained the same as those of Papy’s earlier secondary school work, prominently featuring the use of multicolor arrow diagrams to represent relations and functions. 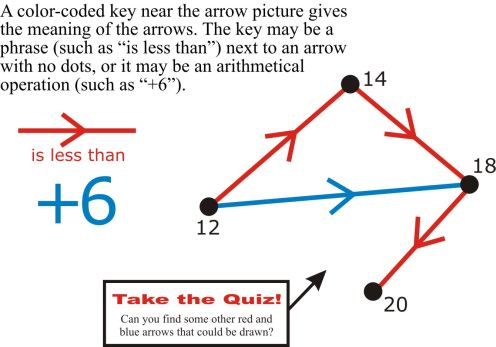 As part of this work at the elementary school level, Papy developed what became known as the Papy Minicomputer and published a related text, Minicomputer, in 1968. This is a two-dimensional, mixed binary/decimal abacus made of square boards subdivided into four squares, each color-coded with Cuisenaire rod colors. He attributed the design of the Minicomputer to some work by the renowned Belgian cosmologist Msgr. Georges Lemaître (who was the first to propose what he called “The Primeval Atom” but which Fred Hoyle disparagingly labeled “The Big Bang Theory”). In the mid-1950s, Lemaître had proposed the introduction of new digits to represent numbers. The digits were formed from lines and curves that revealed an underlying binary structure. Papy adapted this idea and transformed it into a two-dimensional board on which checkers may be placed. 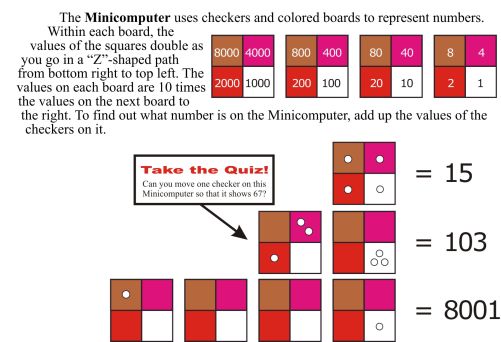 In 1969, Georges and Frédérique met IMACS founder Burt Kaufman at the first conference run by the International Commission on Mathematics Education in Lyon, France. At the time, Burt was the director of a federally-funded mathematics curriculum research and development project called the Comprehensive School Mathematics Program. He managed to recruit Frédérique as his Director of Research, a role that she fulfilled during 1973 – 78. Of course, this meant that Georges paid frequent visits to the United States. Consequently, he and his wife had a very significant influence in setting the direction for the development of what has now become the IMACS Mathematics Enrichment curriculum.

Searching for a well-designed gifted math curriculum online? Try IMACS! Sign up for our free aptitude test. Play along with our IMACS logic puzzles on Facebook.