Robotics: The Making of Tomorrow’s Engineers 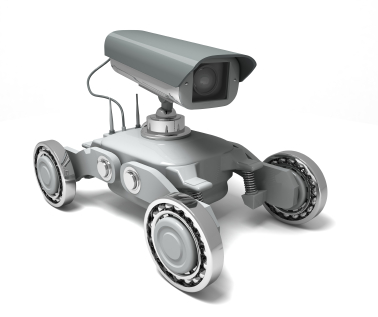 Robots, robots, everywhere! If you follow current news on science or technology like we do at IMACS, then you’re bound to have noticed that robots are a popular topic. From the Roomba vacuum to the da Vinci Surgical System, these mechanical marvels affect many aspects our daily lives from the mundane to the life changing. Along the way, numerous robotics programs for school-aged children in the US and around the world have been established, and earlier this year the Boy Scouts of America introduced its new robotics merit badge.

Why the burst of interest over the past five or so years? Here are a few key factors that have recently come together to foster this growth: (1) The global economic downturn put a spotlight on which types of job skills are in demand and will be even more in demand in the future; (2) Industry and political leaders regularly note the gap between those job skills and the current levels of student participation and achievement in science, technology, engineering and math (STEM); (3) Robotics technology has become more affordable and accessible with companies such as LEGO developing robot kits that, while targeted toward children, enable the exploration of complex engineering and computer programming challenges; and (4) Education leaders recognize that robots could be used to engage children in fun and interesting activities that would deepen their understanding of all STEM subjects, along with teaching some important life skills.

There are at least two types of robotics programs: those that integrate robotics as part of a course curriculum and do not lead to a competition, and those that are organized as extracurricular activities and do lead to some type of competition. In a typical competition-based robotics program, each team of students is responsible for designing, building, and programming an autonomous robot to accomplish a set of pre-defined engineering challenges. The autonomous nature of the robots requires students to know or learn how to program them using a computer programming language. Some programs have separate showcases or entertainment-based categories that emphasize imagination and creativity. Most stress the importance of some kind of life skill, from simple teamwork all the way up through a whole menu of real-world skills that form a key part of the judging criteria.

Whatever kind of emphasis you’re seeking, there is likely to be a robotics program out there to match. If you’re just starting to explore options for competition-based programs, here is helpful list of national organizations to start with:

FIRST
• Founded in 1989 by the inventor of the Segway Personal Transporter.
• Over 2,000 teams from across the US and from 11 countries participated in 2011.
• There are four main divisions: FIRST Robotics Competition (FRC) is the flagship program for high school students. FIRST Tech Challenge (FTC) uses a head-to-head sports tournament model and is also for high school students. FIRST LEGO League (FLL) is for ages 9-14. Jr. FIRST LEGO League (Jr. FLL) is for ages 6-9.
• Rookie team registration for one FRC event and the kit of parts costs $6,500. Teams may register for additional events at $4,000 each, and they may spend up to $3,500 on additional parts for their robot. The FRC Handbook provides a sample budget for a rookie team attending one local regional event that totals almost $13,000, and that does not include any travel costs. If you had high hopes for your child competing in FRC but were not aware of the magnitude of the cost, don’t pass out just yet—finding sponsors is actually an integral lesson of the competition, as much as securing funding is part of research and development in the real world. The FTC program requires a much smaller investment, but one that is still in the range of $1,500 to the low thousands. At the other end, registration for Jr. FLL is $25 and the base kit costs about $140.
• Students may only use the official robot kits and other materials that are tightly prescribed in the program rules.
• While engineering is the heart of these competition, FIRST programs are equally designed to develop people and life skills such as time management, collaboration, communication, self-confidence, and leadership.

BEST Robotics
• Founded in 1993 by Texas Instruments.
• In 2010, over 850 middle and high schools participated. They are primarily based in Texas and surrounding states and in the Southeast.
• For the robotics game, teams compete four-at-a-time in round-robin matches. All teams must submit a project notebook describing their engineering design process. Students have the option of competing for an overall award that covers qualitative factors such as oral presentation, an educational exhibit, the engineering notebook, and spirit and sportsmanship in addition to robot performance.
• Participation for schools is free. There is no registration fee, and all materials are supplied at no charge. How can this program be free? Corporate sponsors provide all of the high tech equipment, which must be returned each year, as well as the software. The set of consumable materials is fairly simple and includes basic items such as plywood, PVC pipe, wire, screws, and tape. Creativity and inventiveness are essential qualities in this program.
• Participants are required to use the control system kits currently provided by corporate sponsor VEX Robotics (discussed below).
• BEST describes itself as being less about building robots and more about teaching students how to analyze and solve problems.

Botball
• Established in 1997 by the KISS Institute for Practical Robotics.
• Over 300 teams participated in 2011, including teams from Qatar. US teams are primarily from the West, Northeast, Texas/Oklahoma, Greater D.C. Area, and Great St. Louis area.
• The program is for middle and high school students. All teams, regardless of the ages of the students, participate in the same competitions.
• Teams compete unopposed in seeding rounds followed by head-to-head double elimination rounds. Those who are eliminated have the opportunity to be paired in cooperative alliance matches. All teams must also document their engineering process and present this work as part of the tournament competition. Students who prefer a non-competitive platform may submit an autonomous robot project, including robots integrated into artwork, to the showcase. Students may also submit short papers on specific robotics-related topics.
• For the 2012 season, the subsidized registration fee for US teams of $2,500 covers tournament participation, the Botball robotics kit, and programming software. The unsubsidized fee is $3,200. Reusing equipment from prior seasons reduces the registration fee by $530. Teams are encouraged to find corporate sponsors and to host fundraisers to defray costs.
• Students must use the official robotics kit, which includes an iRobot Create robot base, various additional parts, and all necessary tools to build the robot. The required programming language is KISS C, which was designed by the organizing sponsor for teaching robotics.
• One of the factors that Botball tries to differentiate itself with is the support it gives to educators. Every Botball region hosts a hands-on professional development workshop for team leaders, and the reusable equipment remains with them after the tournaments for use in the classroom.

RoboCup Junior
• Started in 1998 by RoboCup, an international organization whose purpose is to foster artificial intelligence and robotics research.
• In 2011, 251 teams from 29 countries participated in this predominantly international competition.
• The program targets students aged 19 or younger. While no minimum age is specified, students must be able to read, as well as write computer programs for their robots without substantial help from adults. Age divisions are broken into teams where all students are 14 and under, and teams where any student is over 14.
• There are three competition categories: soccer, rescue, and dance. The soccer challenge pits 2-on-2 teams of autonomous robots against each other. In the rescue challenge, robots must quickly identify victims within a simulated disaster scenario. The dance challenge is further divided into dance and theatrical performance and is designed to encourage creativity.
• Students may choose which robot platform and programming language to use, and they may also add additional equipment to the platform.
• RoboCup Junior differentiates itself by keeping the challenges the same from one year to the next. This point of this approach is to allow students to learn from their prior experiences and improve their algorithms and hardware as they grow.

Robofest
• Established in 2000 by Lawrence Technical University in Michgan.
• Almost 500 teams from the US, Canada, China, Korea, and Singapore participated in the 2010-2011 season. Nearly half of the students were from Michigan.
• The program has a division for students in grades 5-8 and one for high school students.
• Competition styles can be generalized into two categories: games that use fixed rules and open-ended exhibition. The game challenge changes each year. The exhibition category is designed to encourage creativity and includes a robot fashion and dance show and a robot parade.
• Registration is $50 per team, and some site hosts may charge an additional fee of the same order. Suggested robot kits cost about $200-250, and a playing field costs about $50.
• Students may choose any type of robot technology and programming language, as well as use tape, glue, bolts, nuts, etc. to construct their robots. Components and materials used to build robots and playing fields may be reused from year to year, thereby reducing cost.
• The focus is firmly on learning computer programming. Additional activities like giving a presentation on the team’s research findings are not included.

RoboGames
• Founded in 2004 by the president of the Robotics Society of America.
• At RoboGames 2011, 239 teams from 17 countries participated.
• All ages are welcome, so many teams consist of adults. Junior League events are restricted to participants aged 18 and under.
• RoboGames is more a collection of over 50 smaller competitions all happening in the same place over several days. This explains why it is promoted as the “Olympics of robots.” In fact, most of the events are sports-based. The Junior League does have more engineering-based events, as well as creative showcase events.
• The registration fee for most events is $50, but none costs over $250. Participation in many of the Junior League engineering events is free. The cost of equipment varies by event.
• Each event has its own rules for building and controlling the robot. For example, the LEGO-based competitions require LEGO parts, but other events leave the choice up to the participant. Some contests allow for remote-controlled robots, so those particular events would obviously not stress computer programming skills.
• The main goal of RoboGames is to encourage robot builders to expand outside their area of specialization as a way of fostering a cross-pollination of ideas.

VEX Robotics Competition
• Established in 2008 by Innovation First, the maker of HEXBUGs and owner of the VEX Robotics brand name.
• More than 3,500 teams from 20 countries participate in over 250 tournaments worldwide.
• The program is for middle and high school students, although a college-level challenge was recently added.
• In tournament matches, two alliances composed of two teams each compete against one another. Each match has a period where robots are controlled autonomously and a period where they are remotely operated.
• The registration fee for each team is $75. Robot starter bundles from VEX cost $300 for the simplest version and can go well above $550 for the most sophisticated model. The competition field and perimeter kits sold by VEX total $1,600, but the company also offers tips on how to build low-cost options. Total competition costs can definitely breach the $2,000 mark.
• As you might guess, teams are required to use the VEX Robotics platform.
• VEX bills its competition as “the fastest growing robotics program and largest middle and high school competition in the world.”

For additional information and resources on robotics as an educational tool, check out the following organizations:

Carnegie Mellon Robotics Academy – The academy is part of the university’s world-renowned Robotics Institute. Their mission is to use the motivational effects of robotics to excite students about science and technology.

NASA Robotics Alliance Project – The project’s mission is to create a human, technical, and programmatic resource of robotics capabilities to enable the implementation of future robotic space exploration missions.

Get your programming game on with computer courses from IMACS. Take our free aptitude test to get to the next level. Follow IMACS on Facebook.