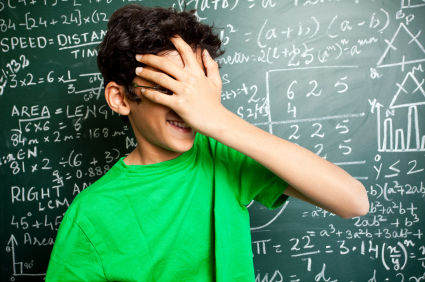 “Indeed, your conception of failure might not be too far from the average person’s idea of success, so high have you already flown.”
– JK Rowling, Harvard commencement speech, June 2008

“People who have an easy time of things, who get 800s on their SAT’s, I worry that those people get feedback that everything they’re doing is great. And I think as a result, we are actually setting them up for long-term failure.”
– Dominic Randolph, Headmaster, Riverdale Country School, New York Times Magazine, September 14, 2011

Two weeks ago, the science world was abuzz with talk of a report that neutrinos seemed to have traveled faster than light. News of this finding traveled pretty quickly as well, as media outfits worldwide ran headlines that (gasp!) Einstein may have been wrong. News like this would have been dismissed summarily were it not for the fact that the research team involved in this experiment are not exactly a bunch of weekend armchair physicists. They are part of the OPERA Collaboration working at CERN.

So why would these esteemed scientists put themselves out there to be met by the inevitable wave of skepticism, even ridicule? Because they understand that if they made an error, opening their research to scrutiny in order to find and correct the mistake is exactly what will help them advance their work and the work of others. In fact, the official press release announcing these unexpected observations quotes CERN Research Director Sergio Bertolucci as saying, “When an experiment finds an apparently unbelievable result and can find no artefact [sic] of the measurement to account for it, it’s normal procedure to invite broader scrutiny, and this is exactly what the OPERA collaboration is doing, it’s good scientific practice.”

At IMACS, we couldn’t agree more, and would further assert that the same principle applies in mathematics and computer science. Learning to fail well in these subjects is particularly important because of their exacting and objective nature. Your proof is logically consistent or it isn’t. Your computer program compiles or it doesn’t. There is generally no interpretive latitude around whether you’re right or wrong. There is no arguing that the instructor’s subjective judgment based on his or her personal ideology caused your poor grade. Add to that the tendency of talented students to have a strong aversion to failure and you can see that how resilient one is in the face of failure will be a major factor in determining how much success one has going forward.

While we’re not experts in educational psychology at IMACS, we’ve taught thousands of talented children over the years and are parents ourselves, and what we observe is that learning to fail well is a “scaffolding” process. A talented child who is allowed to have small failures early on without harsh consequences and who is involved meaningfully in determining and executing corrective action shows greater resiliency when faced with the next level of failure. This process builds on itself as the child grows older and the circumstances and consequences become more serious. The failures may grow, but so does the child’s ability and confidence to handle them effectively and independently.

So parental readers, take a look at your mathematically or scientifically talented, award-winning, perfect-scoring children and ask yourself, at this age when the consequences of failure are not so great, are they developing the resiliency that will allow them to take the intellectual risks that are necessary for great success but may also lead to major failure? Do they know from experience, not from having you tell them, that they have it in themselves to bounce back? Ask of yourself, do I allow my child to feel safe about having small failures now so that he or she can rise up from a bigger failure later when I’m not always going to be there to pick up the pieces? If not, then perhaps it is time to lead by example and show that you can make adjustments with an eye toward the long term. After all, if your child is someday going to make the next groundbreaking discovery in physics, he or she should get a head start by learning to fail well now.

One response to “Learning to Fail Well”